After twenty years as an instrumental act Sons of Alpha Centauri are proud to announce Jonah Matranga from the post-hardcore legends Far and Gratitude has joined up with the band as vocalist for their upcoming third studio album entitled Push. A radical departure from their instrumental sound this album is a powerhouse of searing post-hardcore, alternative metal, and progressive dreamy riff-rock 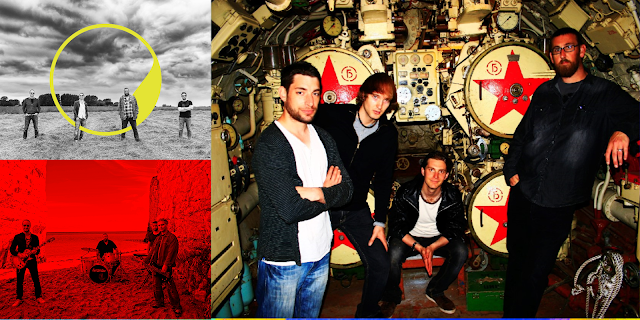 The band is now joined by drumming powerhouse Mitch Wheeler known as having been the backbone of Will Haven since their cult classic record Carpe Diem and being the founding member of Ghostride and The Abominable Iron Sloth. In turn Sons of Alpin turn Sons of Alpha Centauri for their third offering have merged with members of two legendary Sacramento hardcore bands namely Far and Will HavenWith an ideology rooted in the 90s hardcore scene the record has evolved a fresh take on alternative post-hardcore and emotive metal. The hypnotic pulsing riffs and the soaring emotional power of Jonah’s wrought and raw vocals provide his first heavy performance since the critically acclaimed Far reunion album At Night We Live!SOAC follows on from Continuum exploring their heavier side and pursuing a truly Avant grade blend of progressive ambient metal and post-hardcore. Jonah uses his return to post-hardcore to challenge some of the core topics with a reignited fire of passion and emotional persuasion. Founding member and bass player Nick Hannon said ‘SOAC has a split personality – this is most certainly our darker and heavier side – we grew up on 90s alternative rock and harnessing our vision with the purveyors of the Sacramento post-hardcore sound will make this a true landmark release and we have taken it to the extreme collaborating with Mitch and Jonah!’ 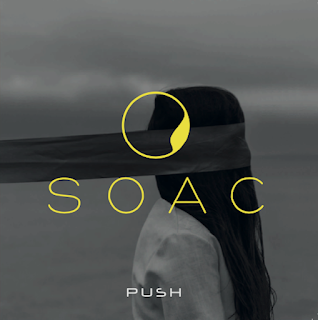 Sons of Alpha Centauri are the UK’s original instrumental stalwarts. Formed in 2001 they released their atmospheric and progressive debut to acclaim in 20acclaim in 2007 and since then proceeded to develop their instrumental approach having been accepted and adopted by instrumental luminaries Karma to Burn and Yawning Man. SOAC has released multiple split records, undertaken several collaborations and toured extensively with Karma to Burn since 2009, and has also formed Yawning Sons with members of Yawning Man. The collaboration heralded involvement from Scott Reeder (Kyuss), Wendy Rae Fowler (Queens of the Stone Age) releasing several albums to critical acclaim in 2009 and 2021 both widely referred to as cult classics.SSOAC returned in 2017 with their sophomore Continuum produced and engineered by Aaron Harris of ISIS/Palms and the sister release Buried Memories followed thereafter which was a remix collaboration album with Justin K. Broadrick of Godflesh / Jesu.Push is a soundtrack that blends the instantly recognizable sonic landscape of SOAC with the wrought emotional tone of Far and the epic backbone of Will Haven. This milestone album was recorded by Lance Jackman of EightFourSeven in Sacramento and engineered and mixed by Dan Lucas. This album has been mastered by the legendary Nick Zampiello (Cave In, Converge, ISIS) and presented impeccably 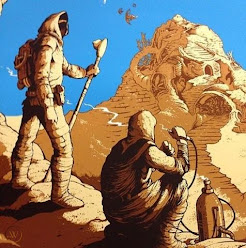 The Fuzz Team
Created as "SKUNKY VIBES" back in 2014 Evolving into the famous "FUZZFM ". After losing a dear friend and colleague we took a Hiatus for 12 months and things just kinda fizzled out. Relaunched with a new team of very close friends as "COSMIC FUZZ FM" with a more Spacey and cosmic feel but NOT straying far from our original path and roots of "FUZZFM" Three of us are Avid surfers since childhood, living on the coast is a great bonus. We are keen ambassadors and supporters of SAS (Surfers Against Sewage) and sponsor "Toes to the Nose" - Surf wax. Go with the flow, flowing with the Fuzz 24/7